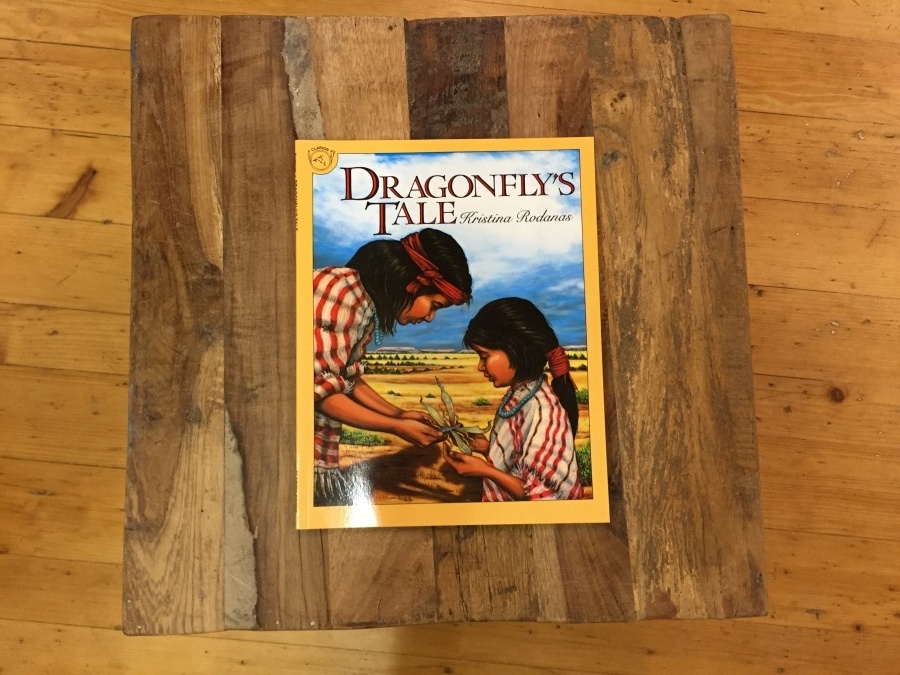 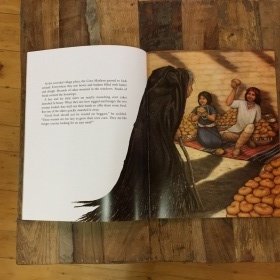 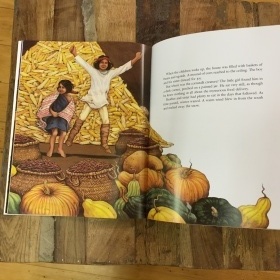 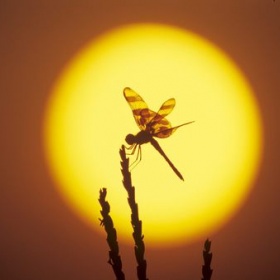 Dragonfly's Tale is about a tribe named Ashiwi, that lived in a village called Hawikuh. The Ashiwi tribe were blessed from the Maidens of the White and Yellow Corn with lots of corn to make food with. They had so much wealth in food that the elders decided to brag about how much food they had by displaying a food fight amongst other neighboring tribes. The Maidens were present when this display was going on and were disappointed and felt like he elders had taken for granted what they were given. The Maidens had disguised themselves as poor women and two children offered them food and the elders did not let them do so. All of this angered the Maidens and they decided to take back the gift they had given the tribe because they did not appreciate it. The tribe ended up having to search for food and did not even know that they had left those same two children behind. The little boy made a toy, trying to make a butterfly but instead made a dragonfly, for his sister to make her feel better about the tribe leaving them behind and how they had no food. The little girl asked her toy if it could please find them food, magically the toy had come to life and flew to the maidens. Since the maidens had remembered the children they blessed them with the gift of corn again. The tribe returned to see that the children. He'd been left behind and that the Maidens have blessed with the the gift of corn and worked hard to show how much they really did appreciate the gifts from the maidens. 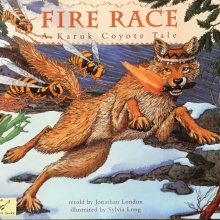 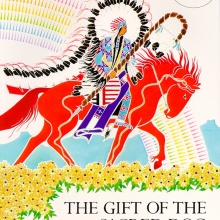 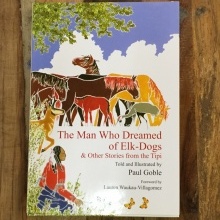 The Man Who Dreamed of Elk Dogs: & Other Stories from Tipi 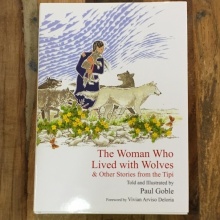 The Woman who lived with Wolves & Other Stories from the Tipi