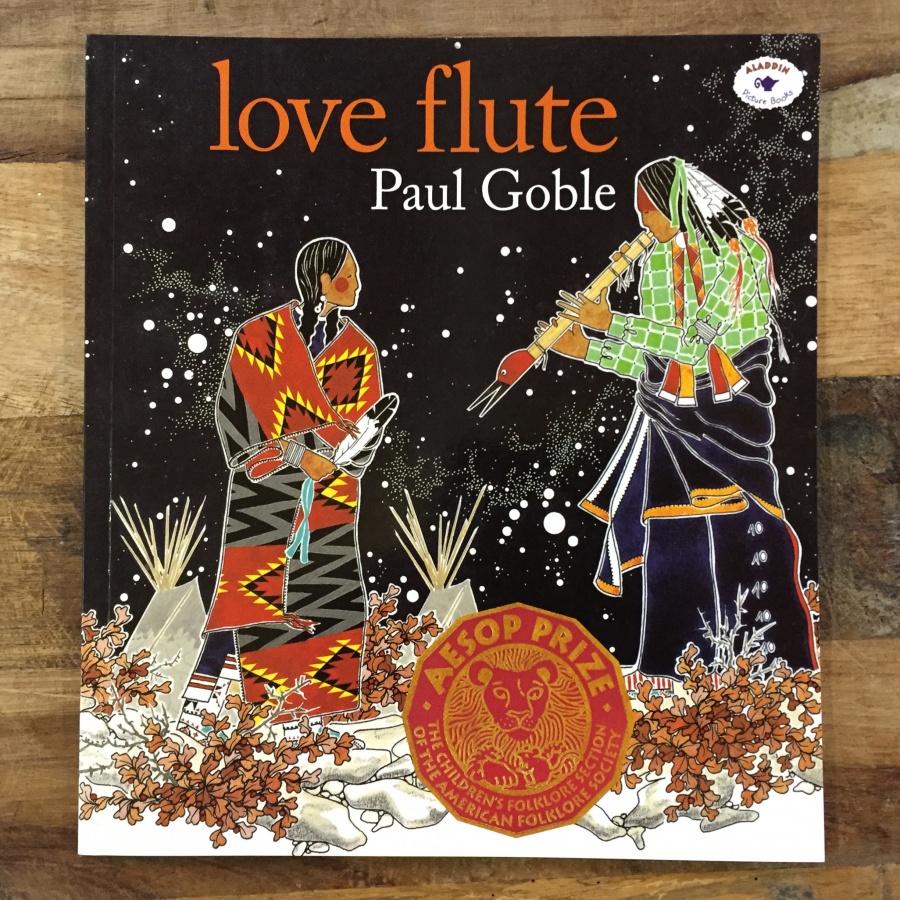 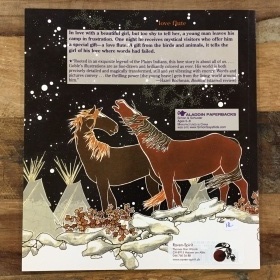 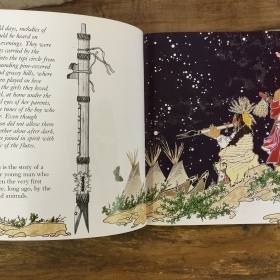 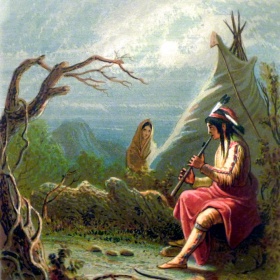 In love with a beautiful girl, but too shy to tell her, a young man leaves his camp in frustration. One night he receives mystical visitors who offer him a special gift -- a love flute. A gift from the birds and animals, its tells the girl of his love where words have failed.

Paul Goble is an award winning author and illustrator of children's books. He has won both the Caldecott Medal and The Library of Congress' Children's Book of the Year Award. To date, Mr. Goble has illustrated over 30 books. He has given his entire collection of original illustrations to the South Dakota Art Museum in Brookings, South Dakota. Goble, a native of England, studied at the Central School of Art in London. He has lived in the United States since 1977 and became a citizen in 1984. Goble's life-long fascination with Native Americans of the plains began during his childhood when he became intrigued with their spirituality and culture. His illustrations accurately depict Native American clothing, customs and surroundings in brilliant color and detail. Goble researches ancient stories and retells them for his young audiences in a manner sympathetic to Native American ways. Goble lives with his wife in Rapid City, SD. 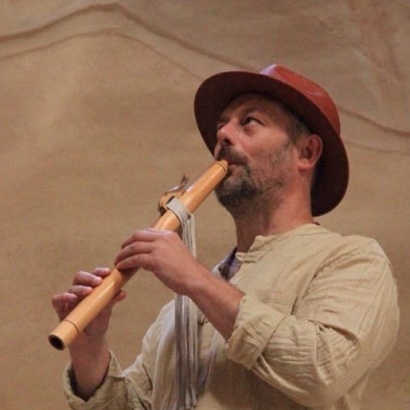